How to win on the Champs-Élysées 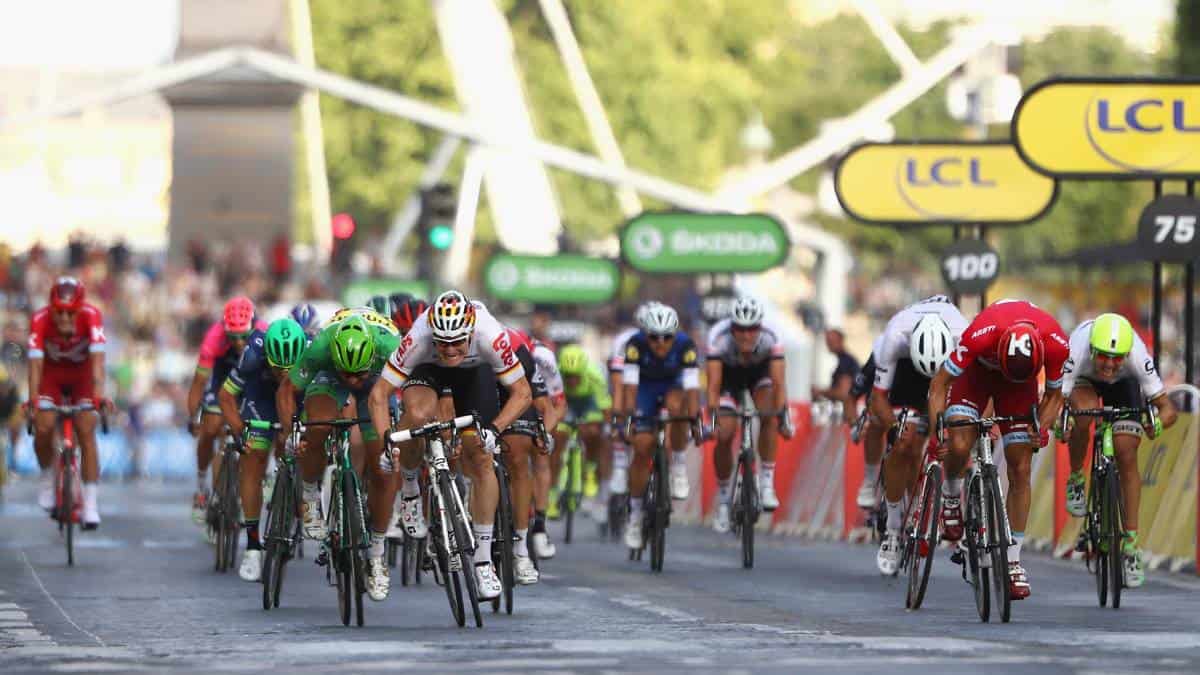 Up to 1900 Watt of maximum power  is what Greipel, Kittel, Demare and the other Sprinters need to produce to win a Sprint. How can this be done? How do those top athletes produce this high power output?

Thanks to being the  secret weapon in the arsenal of high performance sports organizations in the past decade, INSCYD has exclusive access to data of worlds best sporting performances. André Greipel  allowed us to share his data of his winning performance on the final stage of the Tour de France 2016.

Lets have a closer look into Andrés muscle energetics during the last 90 seconds of his Tour de France. The sprint power numbers are as follows:

In the final 4min before the sprint, André averages 424 Watt. More important then the average value are the many spikes of power. For a few seconds, André had to push up to 920 Watt for fighting for position and accelerate out of corners.

A first push of 1000W can be seen before André turns off behind the man in front of him and starts his own sprint. André uses a double punch technique: his 1st  acceleration sees him reaching 1510 Watt. The 2nd punch follows 4 sec later and shows a massive 1700 Watt of peak power.

How can an endurance athlete produce such high power numbers?

Energetics before the sprint:

424 Watt is an effort that is covered mostly be aerobic energy supply. At 80kg of body weight and a VO2max of approx. 78 ml/min/kg , Andrés aerobic capacity equals approximately 525 Watt. 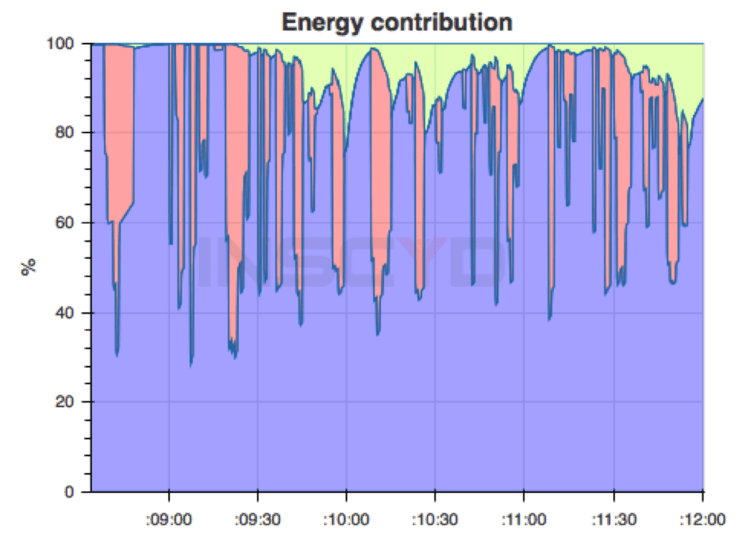 The frequently occurring spikes of high power are covered mostly by the use of creatine phosphate. Only a small amount of energy is covered by glycolysis and thereby lactate production.

Energetics of the sprint

What it takes to win a cycling sprint

–  Although the high aerobic capacity of 525 Watt (which equals a VO2max of 78 ml/min/kg) is important, it would not be possible to cover the required power output before the sprint by aerobic metabolism only.

–  It took about 60% power supply from glycolysis. Which at 1700 Watt equals approximately 1000 Watt of energy production under the formation of lactate. This is possible with a comparable high VLamax of 0,8 – 0,9 mmol/l/s. Such a high glycolytic capacity (VLamax = maximum lactate production rate) can be seen only in sprinters.

Want to learn all about glycolytic capacity (VLamax)? Check out our free VLamax whitepaper!