Measuring Running Economy: the most important factors you didn’t think of. 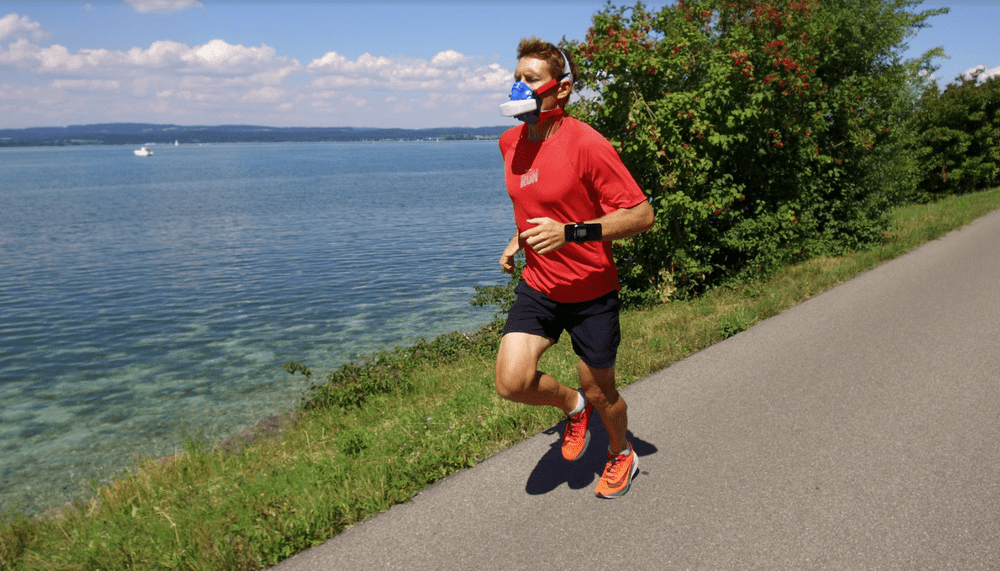 Running clubs, triathlon clubs and the majority of coaches will tell you that in order to run faster, you need to run better. And that is absolutely right: technique and a strong core are fundamental prerequisites to make you a better runner, but there is more than meets the eye behind the often-misunderstood concept of running economy. And that makes the vast majority of running economy tests flawed.

If you research running economy on the web, the most common way you’ll see it is defined is the energy demand (or O2 demand) for a given running speed. There are three main components that are normally forgotten when testing running economy that make the reading flawed.

“INSCYD offers us the ability to create the most accurate measures of metabolic efficiency available today.”

The first part of the flaw is due to the fact that an amount of O2 uptake is fixed at rest and it’s not connected with running at all. This O2 level, more precisely, is the O2 level required for simple “life-keeping” and “non-locomotive” activities such as the work of your brain and organs. Tests sometime do not subtract this value to the overall O2 uptakes and this would result in an incorrect running economy result. So, in order to have a precise reading of your running economy, the first correction that needs to be done is deducting the “basal” O2 consumption at rest.

However, even when you calculate the running economy through a ramp-test (where speed increases steadily and you measure the corresponding O2 uptakes), the “basal” O2 consumption will weigh on the O2 uptakes at different speeds with different percentages: higher at lower speeds (because of the lower O2 uptake) and lower at higher speeds, where the O2 uptake is higher. 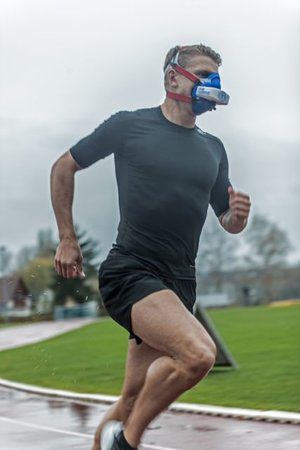 Measuring VO2 in the field using an entirely face worn Analyzer by VO2master.com

The second part of the flaw in your running economy reading is connected to another vital part of your exercise which is the fuel you need to produce energy.

When you’re running at lower speeds and intensities, you use a significant amount of fat as a fuel to produce the energy for the muscle contractions that move your body forward. And when you use fat as a fuel, the fat goes trough a metabolic pathway called beta-oxidation that requires a quantity of O2 additional to the O2 you need in order to produce ATP for the muscle contraction. 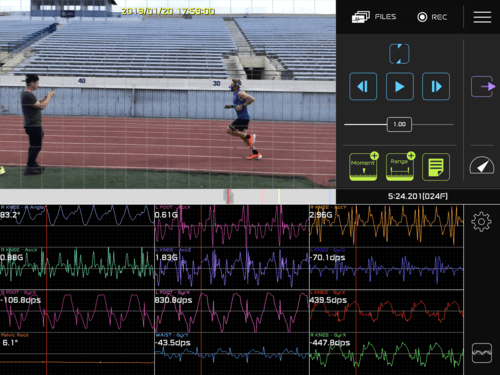 Here’s the second flaw. When you measure the running economy and the energy cost for running and muscle contraction, you have to exclude any extra of O2 needed to “prepare the fuel” – meaning the cost of O2 for your body to turn fat into a fuel (O2 cost for the beta-oxidation). This is not of interest for your running economy, because – as is the case for the basal O2 consumption –the beta-oxidation consumption of O2 is only an extra demand of O2 to prepare fuel (fats) but not to produce energy for locomotion and thereby does not affect the running economy specifically.

If you don’t take this extra O2 demand for “preparing fats” out of the equation, it is common that after a first test followed by a period of training (where the body improved its ability to consume fat), the second test will give a negative result, meaning a worsened running economy just because the “expert”  who ran the test didn’t account for beta oxidation. And that is actually what happens with the vast majority of running economy tests performed. Which is a pity: you may have been trained to be an endurance runner (to improve the use of fat for energy production and to improve your running economy), but the results of those test that don’t take into consideration that O2 uptake used for beta-oxidation will only tell you that your economy has actually decreased.

Not to consider beta oxidation is like not looking at the engine of a car, but at additional consumers such as an open top or a switched on radio to determine the fuel consumption per 100 kilometers.

This problem is avoided when the running economy is determined with INSCYD, since INSCYD records and eliminates the proportion of oxygen uptake attributable to beta oxidation that is not used for muscle contraction.

Although deducting the basal O2 uptake is pretty easy, and so is the correction for the O2 uptake needed for beta-oxidation, there’s another mistake that is normally not corrected when testing running economy – and this one is a bit more complex and causes more problems.

In a real-life situation, this can easily be seen – for example by increasing lactate rates. However, this energy portion is not per se measured by the oxygen uptake, because it only represents the aerobic metabolism. In other words: If only the oxygen uptake is used as a measure for the running economy, the energy requirement is underestimated – increasingly more so when the speed increases. 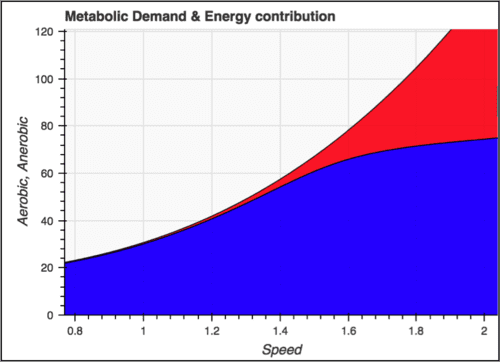 Aerobic (blue) vs. glycolytic energy (red) contribution in steady state conditions in an example from swimming

Again, imagine we are looking at a scenario of two assessments of running economy, separated by period of training: assuming the training resulted in a positive adaptation of the aerobic system (VO2max) the body will be therefore able to rely more on the aerobic metabolism in sub maximum speeds. This will result in higher oxygen uptake rates at a given speed (and lower lactate production levels – such as can be seen with conventional lactate profile tests). And that, similarly to the other two flaws not corrected, would result in a lower (worse) running economy at a given speed if compared to the first test. So a common conclusion derived from not taking this error into account might be “the VO2max increased but running economy worsened”.

The following example shows how paradoxical it is to use only the measured oxygen intake as a measure of running economy:

Now the same athlete runs 100 meters in 12 seconds (30 km/h). The measured oxygen uptake here is only 35 ml/min/kg (because the effort too short to measure high VO2 values). If only the measured oxygen uptake is looked at, then one would have to conclude analogous to the 1,000 m run: The athlete needs much less oxygen for more than twice the speed (14.4 km/h vs. 30 km/h) and would therefore be running much more economical according to this procedure. He would only need 1.17 ml/min/kg for 1 km/h (35ml/min/kg:30km/h = 1.17). But this is (of course) not correct! Because the energy for a 100 m sprint comes mainly from the anaerobic metabolism and the energy requirement for the 30 km/h can therefore not be measured by measuring the VO2. This also shows that the same applies – albeit to a lesser extent – to the 1,000 m run. It cannot be assumed that the energy for this run was generated purely aerobically. However, the anaerobic energy component, which can vary greatly from athlete to athlete and over the course of an athlete’s training year, was not recorded at all in this example.

This is not the case with INSCYD. INSCYD adds the anaerobically produced energy amount to the aerobically measured energy amount. This gives an exact picture of the running economy, which is always accurate – even if the aerobic vs. anaerobic energy distribution has changed (e.g. due to training).

are incorporated and the results are corrected accordingly by INSCYD scientific software as the only system available to do so when it comes to determining the running economy.

INSCYD works so precisely and reproducibly that scientists at Stanford University use this technology to support their study results. With this technology it is not only possible to set targeted individual training goals, but also, for example, to determine the running shoes (and other equipment) with which the respective athlete will run most economically.

GET IN TOUCH with us and learn more about INSCYD.