Iceland is often associated with geysers, volcanoes, cold water and a generally hostile landscape. Although it’s an island, you hardly think of Iceland as a swimming country or destination.

But even this remote country, home to more than 300,000 inhabitants, has its own swimming federation – the Sundsamband Íslands, SSÍ. And its swimmers have already been benefitting from INSCYD protocols and metabolic testing.

“In the last two to three years, the swimming in Iceland has gone a little bit downward,” says Icelandic and INSCYD coach Ragnar Gudmundsson of OptimizaR. “And the general manager of the federation wanted to do something for the swimmers and the coaches. When he contacted me, I proposed lactate testing. Initially he was skeptical because of the traditional lactate testing (the step testing). But when I mentioned the possibility of doing the tests with INSCYD and the specific protocol for the swimmers, they got very very interested.”

“It was a bit of a lucky shot because nobody knew anything about it,” confesses Gudmundsson. “The problem was to satisfy everyone: athletes and coaches.”

Gudmundsson – a former Olympian swimmer himself and a sport scientist with a specialization in training science for swimming – took the bull by the horns. He tested the Icelandic swimmers for the first time in February 2018, a second time in May, and a third time in September. The first tests were performed to get the physiological profile of the swimmers, while the last test was for training purposes ahead of next season. 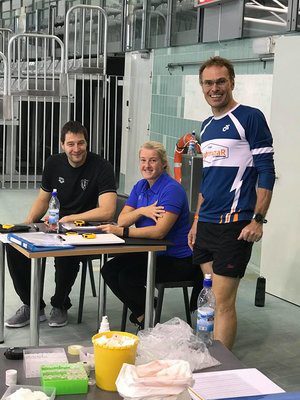 “It was initially hard to explain to them the reason behind the physiological testing,” he confesses, “and some coaches took it more seriously than others. But that’s normal. There is always a degree of defense against science and lactate testing in the first stage of a trial: some are already interested and curious, while others try to stick to their practical experience and consolidated practices.”

Like an icebreaker ship, Gudmundsson was cutting through an initially cold reception to the INSCYD method. Instead of the classic protocol where swimmers are all tested through the same methodology (and through tests over 100m and 200m), using INSCYD protocols Gudmundsson was able to perform sprint works over the 50m – perfect to detect the VLamax in sprinters.

He was also able to adapt the protocols to each individual swimmer and incorporate race specific distances into the testing protocol – making the testing more specific and increasing buy-in from the coaches. During the session, assisted by two other coaches (one taking the times, the second recording the results on paper and him taking the lactate samples), he was able to test three people in one hour and 15 min, with a total of 30 swimmers during the first tests and 15 during the second in May.

And because he used the portable lactate meter, the results were ready right after the test. The day after, he already had the full metabolic profile of the swimmers thanks to INSCYD’s software.

“With no other system could you have done it,” he says, “and the system is perfect for federations and clubs. The time of testing is much shorter and you don’t have to spend much time in the pool.”

“INSCYD has been a great tool for performance analysis, but it was also a motivation to come up with something new in the swimming world. It really made us re-think the way we train because it can get you more information on the swimmers and not only about their threshold levels. You can get a full picture of the physiology of an individual.” 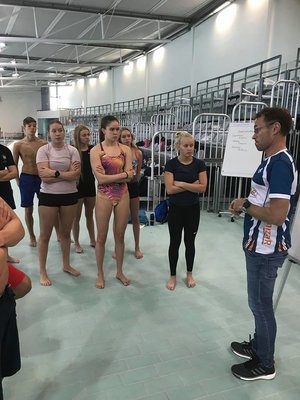 Fig 3: Energy contribution of an Olympic champion during a 200m freestyle race.

After a later workshop where he explained to the coaches how to use the training intensity zones of their swimmers without the previous approximation from their maximum swimming times, even the Icelandic coaches were satisfied with the results.

Steindór Gunnarson one of the coaches of the federations says: “I have always been interested in using lactate testing as an extra tool in training, so this was a great opportunity for me and my swimmers. The main benefit for us has been that with these tests we saw that our swimmers were lacking lactate training so I made that part a little bit bigger in the following block. And boom! We have got some great results!”

The work Gudmundsson is doing with the Icelandic federation is still on the go and he will return to Iceland for more testing in January and February.