Breaking 7 at “La Marmotte” – with INSCYD 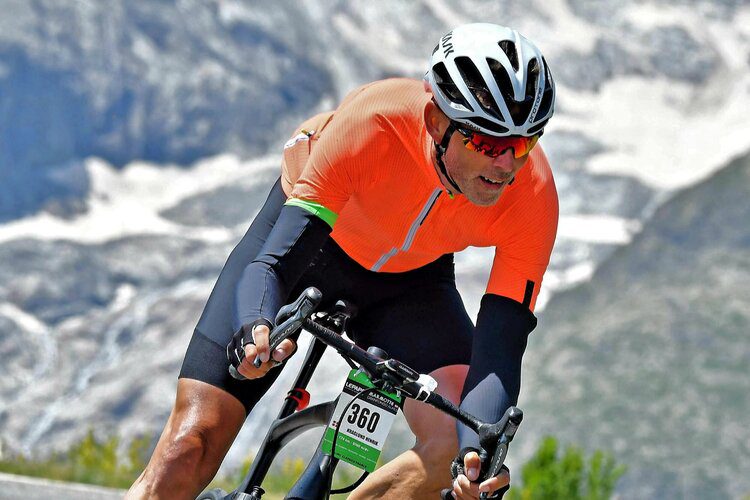 There are several badges of honour in the world of endurance sports. For some, it is running a marathon in less than three hours, or qualifying for the Ironman World Championships. For pure cyclists, on the other hand, it can be cycling a granfondo at a high pace — and if you take the Marmotte as an example (174km with more than 5,000 meters of vertical elevation), finishing the challenge in less than 7 hours is a result anyone would be proud of.

The Marmotte is one of the toughest sportive of the whole calendar. It’s long, it throws in a lot of climbing — and if that was not enough, it does so along the iconic cols of the Tour de France: Col du Glandon, Col du Télégraph, Col du Galibier and the L’Alpe d’Huez. The Marmotte is arguably one of the most revered stretch of tarmac for two wheelers. To finish such a task you need to have a big aerobic engine and the strength to endure long climbs. Long story short, it’s not for faint-hearted.

Henrik Kraglund —a 49-year old constructor from Hjørring, Denmark — had already competed in the Marmotte in 2018 with a time of 7 hours and 5 minutes. Just 5 minutes short of challenging the 7-hour benchmark. In 2019 he wanted to step up his game and started to work with INSCYD coach Ragnar Gudmundsson, who’s also based in Hjørring.

“We did the first tests with Henrik on January 9th, 2019,” says Gudmundsson. “The first results from those tests attested his VLamax at 0.4 mmol/l/s and his VO2max at 54.9 mmol/min/kg. In power output, that gave and Anaerobic Threshold of 274 W (3,5 W/kg) and a FatMax of 427 kcal/h/kg at 183W. While his VO2max was already satisfying, from this test it was clear that his FatMax could have been lowered in order to be more efficient in an event like Marmotte.”

And that’s where the first part of Kraglund’s training program went: lots of low intensity workouts at FatMax pace. In the first block of his program (from January until the end of March) he was averaging 8 to 9 hours per week over 5-6 sessions, and he trained mostly on the turbo. The first period was challenging because training at those intensities — and performing longer sessions on the turbo — can be upsetting for some athletes.

“He was a bit disappointed and in order to put in some variation, we opted to do maximum 1:30 to 2:40 of FatMax on the turbo with some intervals for that goal,” explains Gudmundsson. “So I prescribed different variations to be performed at 180, 190 and 200W to shift the power output and keep the motivation on. We also put a little more spice with some medio intensity and cadence sprints once per week, but we didn’t do any VO2max just yet.”

Despite the initial difficulties of keeping the intensities low — and the frustration of Kraglund, who didn’t feel any improvement compared to his previous trainings at higher intensities — the numbers gave a different response. With regular 60-minute tests, Gudmundsson was able to track his athlete development early in the season and the preparation was already going in the right direction: in January Kraglund was able to hold 224W at 128 bpm, in February 221 W at 120 bpm and in March 223W at 116 bpm. The cake was baking after all.

The second INSCYD test that Gudmundsson performed on Kraglund on April 4 was further confirmation that the approach was paying high dividends. His VLamax went down to 0.3 mmol/l/s, his AT went up to 283W (3.7 W/kg) and his FatMax to 478 kcal/h/kg at 193W. 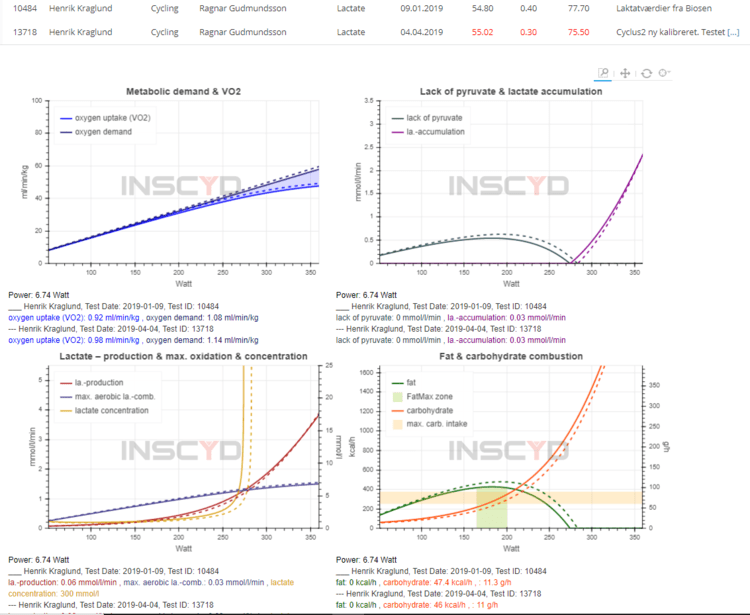 “It amazed me to see that we had so much progress in only four months,” says Gudmundsson. “We had an improvement of his VLamax of 20% and his VO2max also improved slightly from 54.9 in the first test to 55.2 second, and without any VO2max training in between. Using INSCYD has helped also to explain him why we did all those FatMax training and what were their benefits. Although slow training can be boring, especially for male cyclists because they don’t see and feel the progress, these sessions are ideal to develop power in the long run and using less carbohydrates and more fats, and that’s what he needed for Marmotte.”

Now that the cake was baked, the second part of the training was about icing the top and fine-tuning Kraglund for the hills. The main goal was still trying to keep the FatMax low, but with the addition of some VO2max sessions and long intervals performed at race-pace (3 x 30 mins to 3 x 60min included in the long workouts) and some higher torque, lower cadence (65-75 rpm) too. Gudmundsson then used a 90/10 approach: 90% of session performed at below AT and only 10% above it.

But finally, the most important test of all was on race day. On July 7, Kraglund lined up together with more than 7,500 other cyclists for the Marmotte, his eyes set on the 7-hour barrier. On the first ascent of the day, the Col du Glandon, the Danish cyclist averaged 276 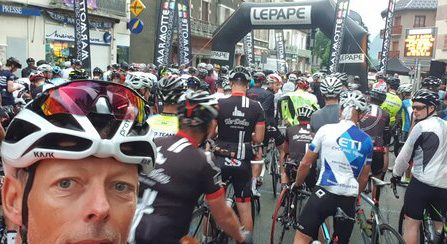 But the main difference was done on the hardest of them all, and the last of the day, the Alpe d’Huez. Here Kraglund averaged 252 W (NP 256) compared to 232 W (NP 242) of last year and clocked a final time of 6 hours 54 minutes. Job done. The long training at low intensities of the first period — and the higher ones of the second block mixed up perfectly and gave him a final improvement of 10 minutes year on year. Most importantly he broke the 7-hour barrier.

To improve even just a tiny bit takes time a lot of time and commitment, but with the right tools and reliable information, performances are not random. The cake will bake.